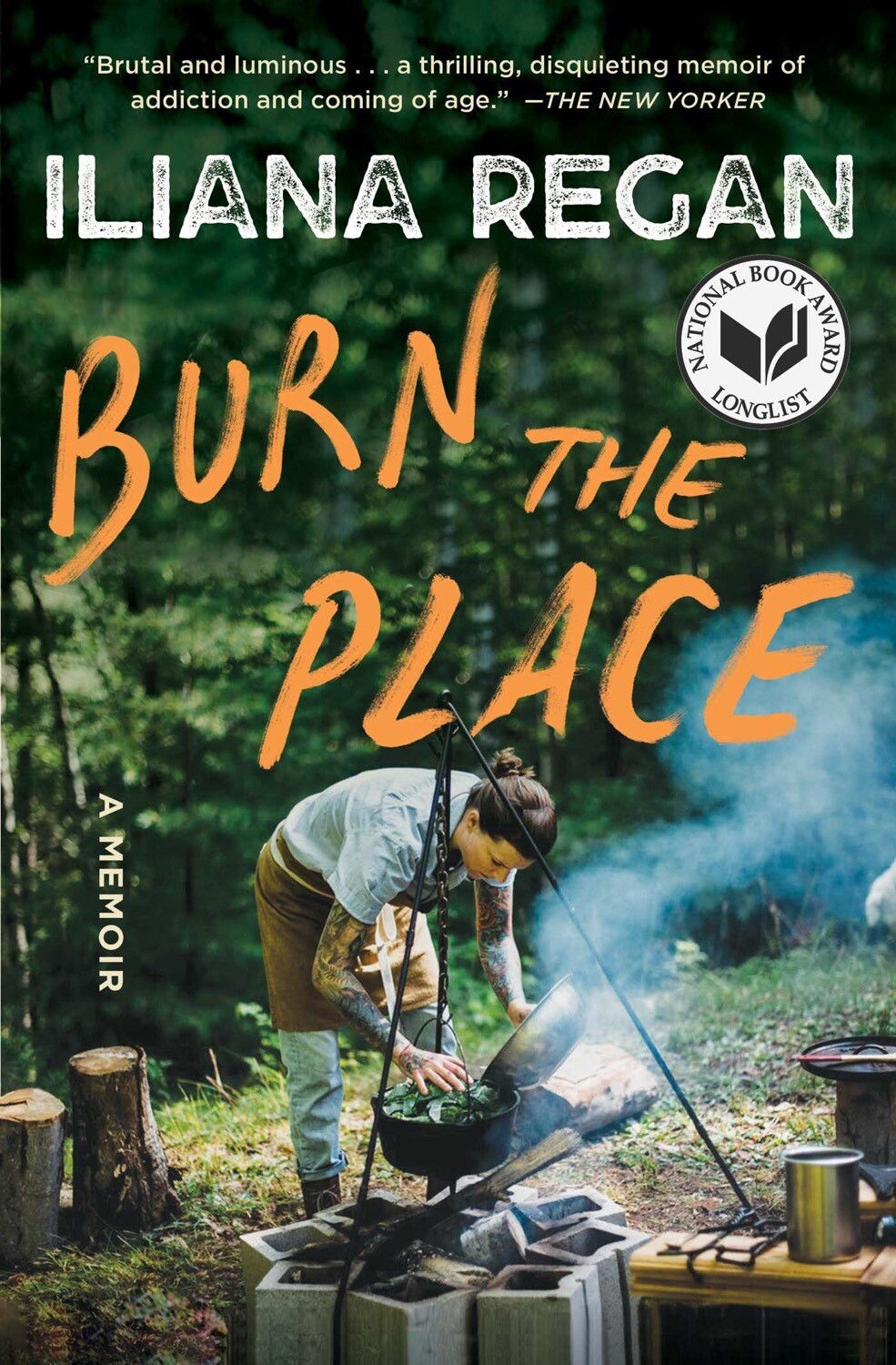 Burn the Place: A Memoir NEW

LONGLISTED FOR THE 2019 NATIONAL BOOK AWARD

A “blistering yet tender” (Publishers Weekly) memoir that chronicles one chef’s journey from foraging on her family’s Midwestern farm to running her own Michelin-starred restaurant and finding her place in the world.

Burn the Place is a galvanizing memoir that chronicles Iliana Regan’s journey from foraging on the family farm to running her Michelin-starred restaurant, Elizabeth. Her story is raw like that first bite of wild onion, alive with startling imagery, and told with uncommon emotional power.

Regan grew up the youngest of four headstrong girls on a small farm in Northwest Indiana. While gathering raspberries as a toddler, Regan preternaturally understood to pick just the ripe fruit and leave the rest for another day. In the family’s leaf-strewn fields, the orange flutes of chanterelles beckoned her while they eluded others.

Regan has had this intense, almost otherworldly connection with food and the earth it comes from since her childhood, but connecting with people has always been more difficult. She was a little girl who longed to be a boy, gay in an intolerant community, an alcoholic before she turned twenty, and a woman in an industry dominated by men—she often felt she “wasn’t made for this world,” and as far as she could tell, the world tended to agree. But as she learned to cook in her childhood farmhouse, got her first restaurant job at age fifteen, taught herself cutting-edge cuisine while running a “new gatherer” underground supper club, and worked her way from front-of-house staff to running her own kitchen, Regan found that food could help her navigate the strangeness of the world around her.

Regan cooks with instinct, memory, and an emotional connection to her ingredients that can’t be taught. Written from that same place of instinct and emotion, Burn the Place tells Regan’s story in raw and vivid prose and brings readers into a world—from the Indiana woods to elite Chicago kitchens—that is entirely original and unforgettable.