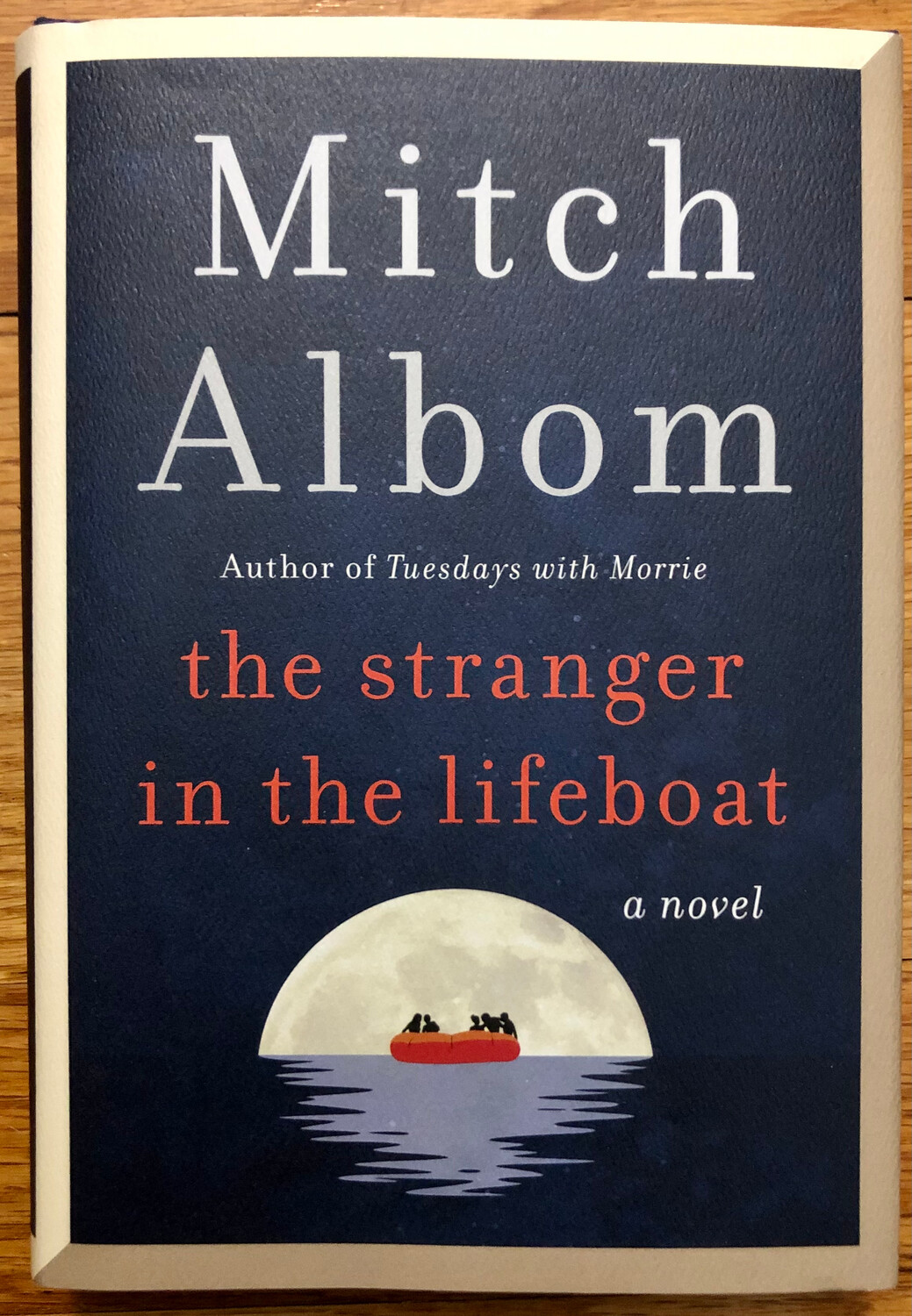 The Stranger in the Lifeboat: A Novel NEW

What would happen if we called on God for help and God actually appeared? In Mitch Albom’s profound new novel of hope and faith, a group of shipwrecked passengers pull a strange man from the sea. He claims to be “the Lord.” And he says he can only save them if they all believe in him.

Adrift in a raft after a deadly ship explosion, ten people struggle for survival at sea. Three days pass. Short on water, food and hope, they spot a man floating in the waves. They pull him in.

“Thank the Lord we found you,” a passenger says.

“I am the Lord,” the man whispers.

So begins Mitch Albom’s most beguiling and inspiring novel yet.

Albom has written of heaven in the celebrated number one bestsellers The Five People You Meet in Heaven and The First Phone Call from Heaven. Now, for the first time in his fiction, he ponders what we would do if, after crying out for divine help, God actually appeared before us? What might the Lord look, sound and act like?

In The Stranger in the Lifeboat, Albom keeps us guessing until the end: Is this strange and quiet man really who he claims to be? What actually happened to cause the explosion? Are the survivors already in heaven, or are they in hell?

The story is narrated by Benji, one of the passengers, who recounts the events in a notebook that is later discovered—a year later—when the empty life raft washes up on the island of Montserrat.

It falls to the island’s chief inspector, Jarty LeFleur, a man battling his own demons, to solve the mystery of what really happened.

A fast-paced, compelling novel that makes you ponder your deepest beliefs, The Stranger in the Lifeboat suggests that answers to our prayers may be found where we least expect them.