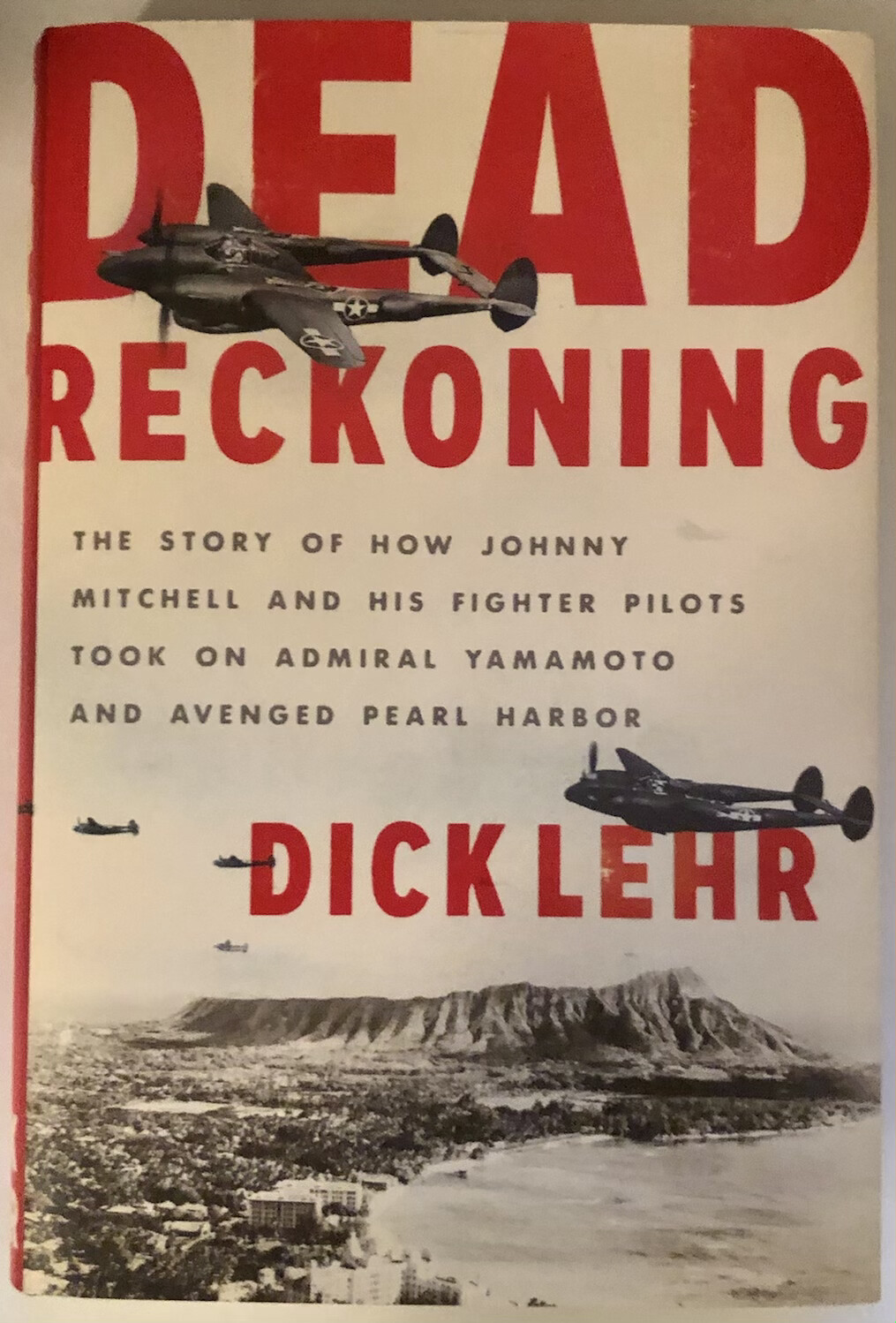 Dead Reckoning: The Story of How Johnny Mitchell and His Fighter Pilots Took on Admiral Yamamoto and Avenged Pearl Harbor NEW, 30% OFF

The definitive and dramatic account of what became known as "Operation Vengeance" -- the targeted kill by U.S. fighter pilots of Japan's larger-than-life military icon, Admiral Isoroku Yamamoto, the naval genius who had devised the devastating attack on Pearl Harbor.

“AIR RAID, PEARL HARBOR. THIS IS NO DRILL.” At 7:58 a.m. on December 7, 1941, an officer at the Ford Island Command Center typed what would become one of the most famous radio dispatches in history, as the Japanese navy launched a surprise aerial assault on U.S. bases on Hawaii. In a little over two hours, more than 2,400 Americans were dead, propelling the U.S.’s entry into World War II.

Lehr goes behind the scenes at Station Hypo on Hawaii, where U.S. Navy code breakers first discovered exactly where and when to find Admiral Yamamoto, on April 18, 1943, and then chronicles in dramatic detail the nerve-wracking mission to kill him. He focuses on Army Air Force Major John W. Mitchell, the ace fighter pilot from the tiny hamlet of Enid, Mississippi who was tasked with conceiving a flight route, literally to the second, for the only U.S. fighter plane on Guadalcanal capable of reaching Yamamoto hundreds of miles away – the new twin-engine P-38 Lightning with its fabled “cone of fire.”

Given unprecedented access to Mitchell’s personal papers and hundreds of private letters, Lehr reveals for the first time the full story of Mitchell’s wartime exploits up to the face-off with Yamamoto, along with those of key American pilots Mitchell chose for the momentous mission: Rex Barber, Thomas Lanphier Jr., Besby Holmes, and Ray Hine. The spotlight also shines on their enemy target –Admiral Yamamoto, the enigmatic, charismatic commander in chief of Japan’s Combined Fleet, whose complicated feelings about the U.S.—he studied at Harvard—add rich complexity. In this way Dead Reckoning offers at once a fast-paced recounting of a crucial turning point in the Pacific war and keenly drawn portraits of its two main protagonists: Isoroku Yamamoto, the architect of Pearl Harbor, and John Mitchell, the architect of the Yamamoto’s demise.